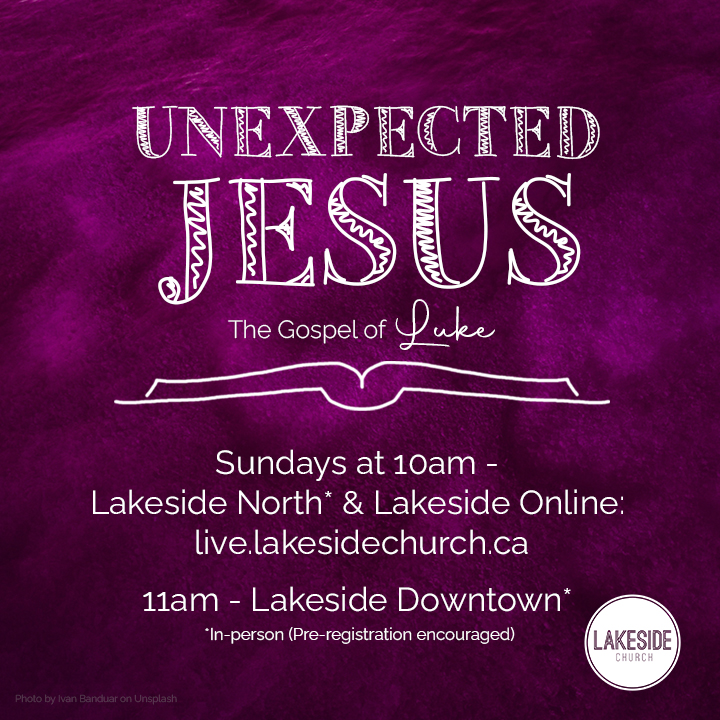 A series all about Jesus

Read It
Listen to it

Note: The audio version contains the full chapter, not just this week’s passage.

As a culture, we talk a lot about love. Even as Christians, we talk about God being love, and that the greatest command is to love. We seem to be able to agree what is most important … and yet, in this message from Pastor Marc Gagnon, we discover that we may need to lay down our preconceived ideas of what love looks like.

These questions are connected to the message, “The Way of Love,” from Dec. 5, 2021. You can watch it here.
Background: One of the most famous of Roman roads was called the Apian Way. Many events took place on this road but perhaps it is most famous for its role in the slave revolt lead by Spartacus in 73 B.C. After the Roman army subdued the insurrection they crucified more than 6000 slaves and lined the Appian Way for 130 miles with their bodies. The memory of this event would have been baked into the lore of Israel, and kept alive by retellings handed down from generation to generation.

Dive In: Imagine this is part of your history — conceivably a grandparent was alive at the time (much like how WW I & II stories are passed along in families today). Now read this passage slowly, a couple of times, in an unfamiliar translation of the Bible (e.g. N. T. Wright’s The New Testament for Everyone, Contemporary English Version, Amplified Bible, or The Message) with this story and image in your mind. What must it have been like for the disciples to hear these words?
Reflect:
Digging Deeper:
Verse 27 is a well debated verse among scholars with many suggestions posited for its meaning. Here are some of them:
Act on it:
What is something from this passage or sermon that you can act on this week — a practice or experiment to help you live it out? Perhaps share it with the group and purpose to share your experiences with the practice or experiment.

Resources that might be interesting/enlightening that cover some of the areas we touched on in the Oct. 3 message, Jesus & His Deviant Ways. Please contact us if you have questions about any of these resources.

We need a better way. The sad truth is that churches of all shapes and sizes are susceptible to abuses of power, sexual abuse, and spiritual abuse. How do we keep these devastating events from repeating themselves?  That map is in a mysterious and beautiful little Hebrew word in Scripture that we translate “good,” the word tov.

Founded in 1996, Seattle’s Mars Hill Church was poised to be an influential, undeniable force in evangelicalism—that is until its spiraling collapse in 2014. The church and its charismatic founder, Mark Driscoll, had a promising start. But the perils of power, conflict, and Christian celebrity eroded and eventually shipwrecked both the preacher and his multimillion-dollar platform.

We asked 20,000 women over 130 questions about their marriage and sex lives–and what they grew up believing about marriage and sex. We found out what’s healthy, and what’s not.

Then we created The Great Sex Rescue, because the church deserves better than bad sex advice.

The Making of Biblical Womanhood

Jesus and John Wayne is a sweeping account of the last seventy-five years of white evangelicalism, showing how American evangelicals have worked for decades to replace the Jesus of the Gospels with an idol of rugged masculinity and Christian nationalism, or in the words of one modern chaplain, with “a spiritual badass.”

Growing up in the American South, Esau McCaulley knew firsthand the ongoing struggle between despair and hope that marks the lives of some in the African American context. Reading While Black is a personal and scholarly testament to the power and hope of Black biblical interpretation.

As we go through this series, we encourage you to find a small group of people with whom you can discuss the message. You’ll find discussion questions based on the week’s reading above. Talk about it with your small group, your friends, or your family. Want help finding a group? Click the button below to see all current groups and get connected today.

Find a Group
Scroll to Top